How Good Is LiFePo4 As A Powerwall Battery Backup?

What is a LiFePo4 battery? What is the structure of the battery? How does it work? What are the advantages and disadvantages of LiFePo4 Powerwall material?

A LiFePo4 battery (also LEP battery and lithium iron phosphate) is a lithium ion battery. It has a cell voltage of 3.2 /3.3 volts (V). Lithium iron phosphate (formula symbol: LiFePO4) serves as the positive electrode, while graphite or hard carbon, in which lithium is embedded, serves as the negative electrode. Compared to the very common power storage batteries with a lithium-cobalt electrode, the lithium-iron phosphate battery has a lower energy density. On the other hand, it has less thermal runaway, even in the event of mechanical damage.

An LFP battery does not need to be fully charged. In fact, the operating life increases slightly if the battery is only partially charged instead of fully charged. This is a significant advantage of LFP batteries compared to lead-acid batteries.

Other advantages include a wide operating temperature range, excellent cycling, low internal resistance and high efficiency. The LFP battery is therefore the best choice for demanding use.

However, the energy density of a lithium iron phosphate battery is only 90 to 110 watt-hours per kilogram (Wh/kg). Lithium batteries with LiCoO2 cathode, on the other hand, come to almost twice the energy density!

The material lithium iron phosphate (also: LiFePo4) has been a component of lithium ion batteries (Li-ion batteries) since 1997. It replaces lithium cobalt, which is widely used in conventional lithium batteries.

Unlike in lithium-ion cells with lithium cobalt(III) oxide (formula symbol: LiCoO2), oxygen is not released during the chemical reaction in lithium iron phosphate batteries. This is said to be the reason for its allegedly lower tendency - compared to lithium-ion batteries with lithium-cobalt - to thermal runaway and, in the worst case, to self-ignition of the cell.

According to the Karlsruhe Institute of Technology (KIT), there are "no significant differences between the different lithium-ion battery types" in terms of flammability. The essential components of the LEP batteries are identical to the electrolytes of the other Li-ion batteries. Accordingly, the electrolyte is a highly flammable organic liquid, or at higher temperatures, a highly flammable gas.

In the event of a fire in a Li-ion battery, the electrolyte usually burns first because it is highly flammable. The same applies to the anode, which is also made of carbon or graphite in the case of lithium iron phosphate batteries, just as in the case of other lithium ion batteries. In the event of fire, the anode represents an additional fire load. Only the cathode of LEP batteries is less flammable compared to other lithium-ion batteries, he said.

Expert knowledge: Thermal runaway refers to overheating of an exothermic chemical reaction or technical apparatus that occurs because of a self-reinforcing process that generates thermal energy. For the most part, thermal runaway leads to the destruction of the equipment as a result of overpressure (bursting) and, as a consequence, to fire or explosion.

Batteries with LiCoO2 cathode, on the other hand, work differently: They use only 50 to 60 percent of the lithium. Otherwise, there would be instabilities in their layer structure.

In the case of lithium-manganese dioxide batteries with Li2Mn2O4 cathodes, only 50 percent of the available lithium can be used, since the rest is firmly integrated into the crystal.

In a lithium-iron-phosphate battery, the mass fraction of lithium can be put at around 4.5 % by weight. This means that for a battery with a typical energy content of 1 KWh, only about 11.3 moles (mol) are needed for the lithium-iron-phosphate battery, which corresponds to 80 grams (g) of lithium, while it would be 20 moles or 140 g for the lithium-cobalt or lithium-manganese battery.

Unlike nickel-cadmium batteries, for example, a so-called memory effect hardly occurs with LiFePo4 batteries. It is very small during discharge and negligible in normal operation.

The memory effect refers to a loss of battery capacity that occurs when a battery is frequently partially discharged, for example a nickel-cadmium battery with sintered electrodes. The battery "remembers" the energy requirement and over time supplies only the energy required during previous discharges instead of the original energy.

Electrically, the memory effect makes itself felt with an early voltage drop. For the consumer of the energy stored in the battery, the memory effect means a smaller usable capacity, since minimum voltages are required for energy consumption. If the cell voltage falls below the minimum requirement, the cell even becomes unusable, although it can still supply power. 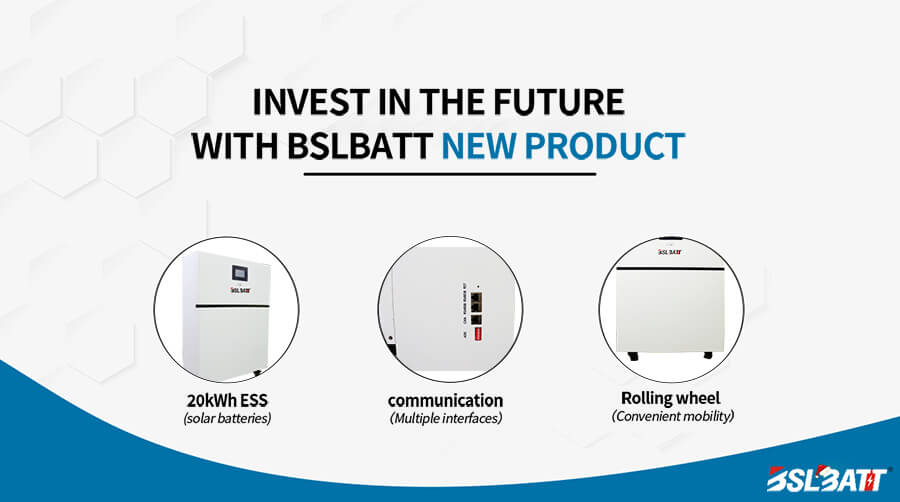 You can buy lithium iron phosphate batteries both as round cells and as flat cells.

Round LiFePo4 cell (round battery)

You can get LiFePO4 round cells especially in the single-digit to low double-digit amp-hour (Ah) range, including specimens made to unofficial industry standards for round cell dimensions that resemble device batteries.

The designation of the 18650 and 26650 battery types, for example, describes their approximate size: 18650 corresponds to a round cell with a diameter of about 18 millimeters (mm) and a length of 65 mm. Round cells of type 38140 are also common (38 mm diameter, 140 mm length). At about 400 grams per cell, they weigh a considerable amount and come with a so-called M6 screw connection at the terminals. They are used primarily in industry.

LiFePo4 flat cells are available for almost every common battery capacity. They are sold either as so-called foil cells or as cuboidal cell blocks.

Foil cells are flat, foil-covered batteries, whereby their design is actually only an intermediate product to be handled with the utmost care

● For the assembly of battery packs

● For direct installation in a housing

The typical sizes of foil cells range from milliampere-hour (mAh) to the double-digit Ah range.

In a large rectangular parallelepiped shape (power range: 20 to 1,000 Ah) with a plastic casing and screw connections, usually called a single battery, multiple thin-film batteries are combined in parallel in a common casing. These are easier to handle than pure thin-film batteries, but it should be noted that there are hardly any standardized sizes or grid sizes.

The voltage you can expect for the specific application can be found on the corresponding datasheet.

●  The regular final charge voltage is between 3.6 and 3.65 V. Protection circuits against overcharging mostly respond at 3.8 V.

●  The type-specific final discharge voltage is often around 2.0 V, sometimes just above (around 2.5 V).

At battery charges between 10 and 90 %, the cell voltage of lithium iron phosphate batteries changes.

●  During both charging and discharging

●  During the discharge process there is almost no

Expert knowledge: Slightly reduced end-of-charge voltages (3.4 to 3.5 V) and reduced depths of discharge are said to have a positive effect on the usable cycle count and thus the service life of LiFePo4 batteries.

The LiFePo4 Battery As a Powerwall Battery

Lithium iron phosphate batteries up to 30,000-ampere hours (Ah) are used as Powerwall batteries. Among other things, their longevity, reliability and the number of charges and discharges of 10,000plus that they can withstand without difficulty and still offer 70 percent of their original power (output capacity) are said to speak for this. Another argument in favor of using them to store environmentally friendly, renewable solar energy is that they contain neither nickel nor cobalt, both of which are toxic heavy metals.

Because of their high reliability, LiFePo4 batteries are predestined for use in new stationary Powerwall battery for solar power. For this reason, LiFePo4 Powerwall batteries already accounted for 39 % of the capacity in megawatts of all planned lithium-ion storage power plants.