While advances in technology have brought us a very high quality of life, we are still not immune to the damage that natural disasters can do to people's lives. If you live in a place where natural disasters frequently cause power outages, you may want to consider installing a set of home battery backups to power you when your grid is not working. These battery backup systems can consist of lead acid or lithium batteries, with LifePo4 batteries being more suitable for solar battery backup systems. 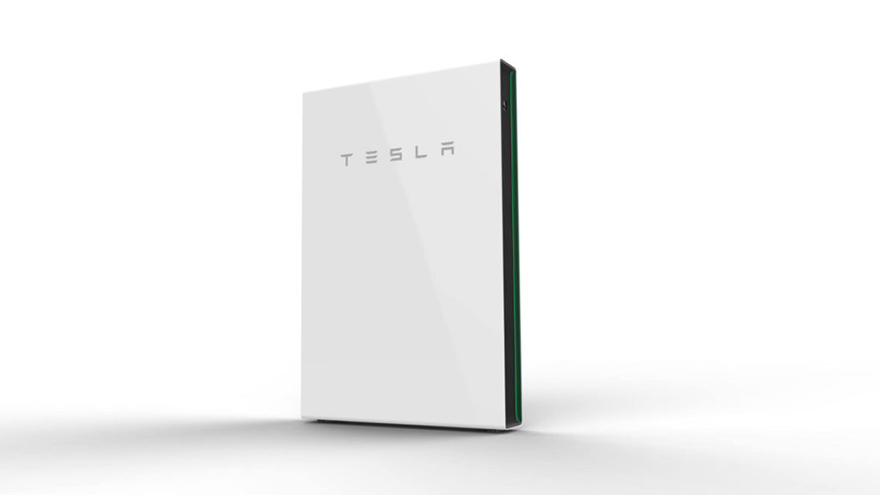 There is no doubt that Tesla's 13.5kWh backup battery system still has an unassailable dominance in the home energy storage industry, and although his price is very high, the fact that the battery itself has a 13.5kWh capacity is a very worthwhile investment point.

Tesla Powerwall has more features, such as it is a complete AC lithium battery system, in the internal has been configured with an inverter, which means that any house with solar panels can easily use it! And the Tesla Powerwall can have up to ten expansions, so you can choose the number of batteries you need to suit your situation. 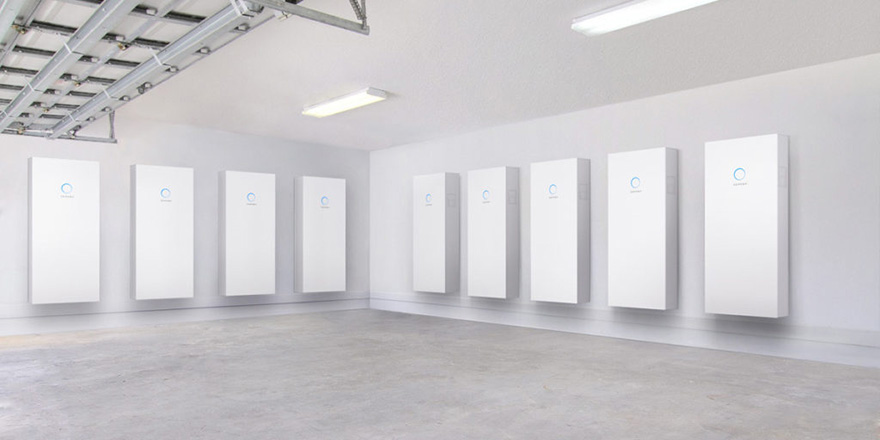 SonnenBatterie is a European solar battery manufacturer founded in 2010 in Germany, one of the first and oldest solar cell manufacturers. Unlike other brands, they specialize in the manufacture of LEP solar battery. sonnen solar battery has a 10 year warranty that guarantees operation for at least 10 years or 10,000 cycles, which is a very long time indeed.

Sonnen solar battery is highly flexible and can be installed on both AC and DC coupled systems. With the Sonnens 9.3 hybrid battery, you can install it into your home AC or DC system, making it a good choice for off-grid use. It is more expensive than Tesla, but its flexible design and high round-trip efficiency make it a favorite in Australia. 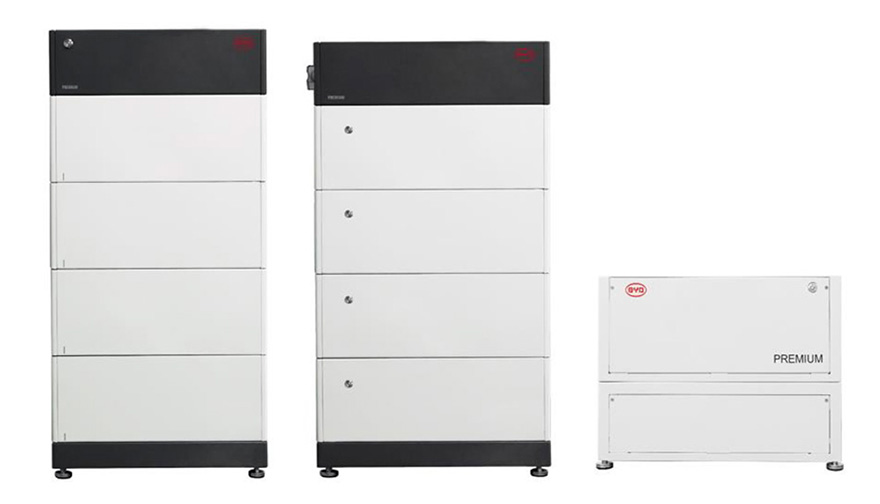 BYD is the largest manufacturer of rechargeable lithium batteries in China and has dominated the Chinese EV and battery storage market for some time. 2017 saw the release of BYD's B-Box series, which is also a home battery backup system using LiFePo4 technology and is compatible with well-known inverter brands such as SMA, Victron, Goodwe, etc.

The BYD B-Box uses a modular battery design and offers a variety of capacity options, for example, the BYD B-Box Pro 13.8 offers 13.8 kWh of usable storage capacity, a little more than the Tesla Powerwall. And the B-box is super scalable, with the ability to expand 32 identical systems. Not only that, but the B Box battery system's 12.8kW output stops many home battery suppliers in their tracks! 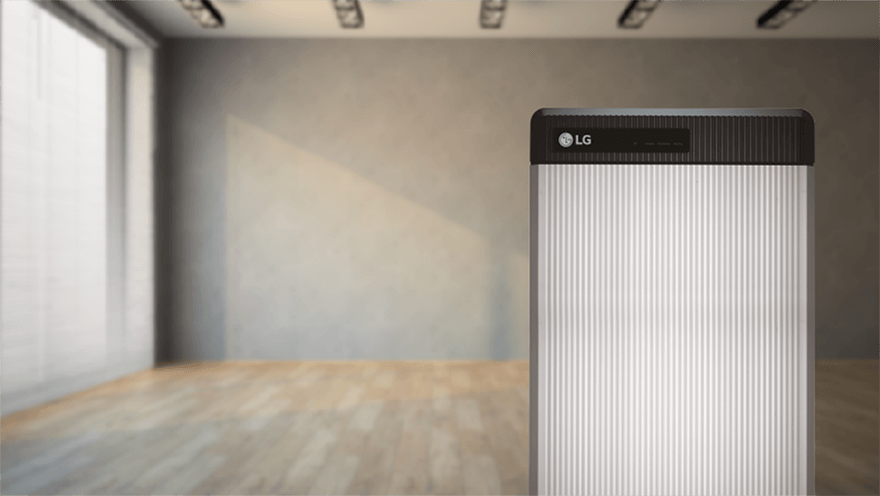 Developed in Korea, LG Chem lithium-ion batteries have become one of the world's most popular home batteries. LG RESU home batteries can be installed in grid-connected or off-grid PV systems and are one of the leading Tesla Powerwall replacements. The first generation of LG home batteries was launched in 2017 and has been developed to the third generation in 2021, extending the battery capacity from 9.6kWh to 16kWh.

Like many other home battery products, the LG Chem RESU is sized for everyday use in your home and is often paired with a home solar panel system, LG Chem highlights the RESU's compact size, ease of installation and safety as some of their key selling points. 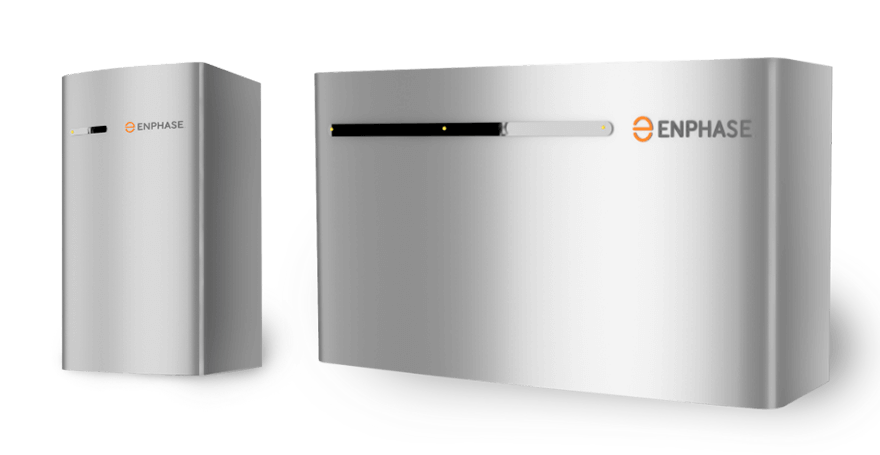 Enphase Energy may be best known for their micro-inverters, Enphase has also released their own version of a battery storage system, the Enphase Ensemble. one of the biggest advantages offered by the Enphase home backup battery system is the Enpower Smart Switch, which simplifies grid-tied and off-grid functions for solar and storage.

SimpliPhi Power is a manufacturer of lithium iron phosphate batteries based in the United States. For most people, purchasing a SimpliPhi battery is a large investment, but SimpliPhi batteries are recognized by some of the industry's leading brands for the quality of their products with outstanding warranties. 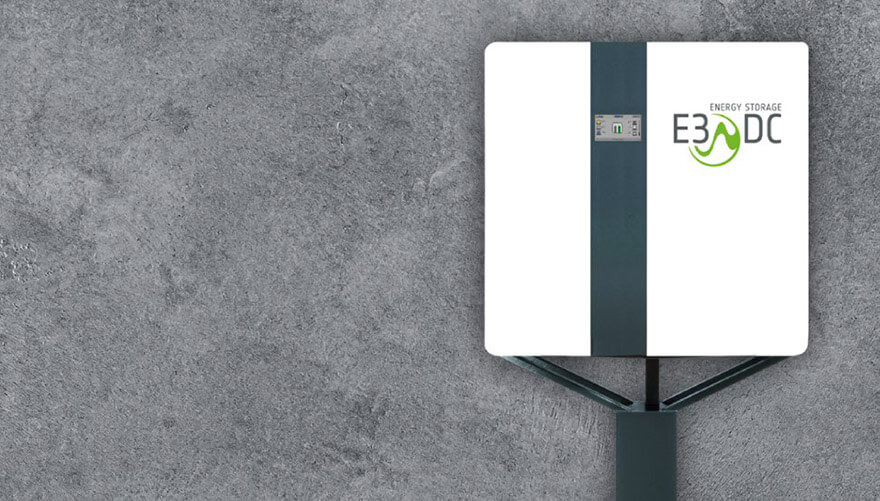 The E3/DC company has been making some of the most popular power storage models for quite some time. The S10 home power plant also more than lives up to its reputation: with modern lithium-ion batteries, independence becomes a reality for your family. Depending on your needs, E3/DC offers the S10 home power plant in different versions, independence is a top priority, so all models come with the necessary components for storing and consuming solar power. An additional inverter is not necessary.

Due to the modular design, the home battery storage system can be expanded at any time. While the MINI version with a capacity of 3.3 to 6.5 kWh is suitable for smaller solar systems, the S10 E and S10 E PRO are designed for larger roof areas and higher consumption. With a capacity of 6.5 to 19.5 kWh, the S10 E home power plant is the ideal candidate in the electricity storage comparison for a power consumption of about 10,000 kWh, while the S10 E PRO reaches a capacity of up to 39 kWh due to its expandability with a battery cabinet and is thus suitable for a consumption of up to 24,000 kWh.

When you've decided on a home battery backup system, how do you find the best home battery for your needs? Key figures, such as the charge and discharge performance of the power storage capacity or storage unit are important benchmarks.

Why Are Key Figures For Home Power Backup System So Important?

A solar power backup system should be well matched to the solar system in question in terms of capacity, performance and service life. If the residential battery storage is too small, the capacity may not be sufficient to use all the electricity from your PV system. On the other hand, if you choose a residential battery storage that is too large, its capacity will not be fully utilized by your system. Since larger battery storage units are significantly more expensive than smaller ones, the costs for the solar power backup system may eat up the potential savings from the use of self-generated solar power.

But the right dimensioning is also important from a technical point of view, because the service life of a battery can be significantly reduced by insufficient charging - a phenomenon that you may also be familiar with from your car battery. Your purchase decision should therefore be based on the fact that your home solar power backup system can be adapted as well as possible to your individual operating conditions. By the way, modern battery storage systems for electricity nowadays often have an emergency power function, which is very useful in the event of a power failure and, unlike the emergency generator, does not require any fuel.

Key Figures That Help You Decide

First of all, it is important to clarify which key figures exist for battery backup systems. Based on these key figures, you can ask yourself which of them are decisive for your purchase.

● Battery technology: Do you prefer inexpensive lead batteries or expensive lithium-ion batteries, which are more efficient?

● Storage capacity or nominal capacity: This is specified by the manufacturer in kilowatt hours (kWh) and should always match the PV power.

● Usable storage capacity: This often differs from the theoretical nominal capacity in practice because the final depth of charge reduces the actual capacity.

● Depth of discharge: To protect the solar battery from damage due to deep discharge, it can only be discharged to a final depth of charge specified by the manufacturer. This affects the actual usable battery capacity.

● Charging cycles: A distinction is made between full cycle (from full charge to maximum depth of discharge) and micro cycle (minor discharge and recharge). The service life of a battery storage unit is largely defined by the number of charge cycles.

● Efficiency: Due to electronic control via inverters and charge controllers, every storage system loses a few percentage points compared to the theoretically achievable performance. Lead-acid batteries have a lower efficiency than lithium-ion batteries (approx. 75 percent vs. approx. 90 percent).

● Cycle life: Regardless of the number of charge cycles, batteries have a limited life expectancy. At the end of the cycle life, the original rated power is reduced to about 80 percent.

● Charging and discharging power of the home battery backup system: This indicates how much power the power storage unit can be charged or discharged with. The greater the charging power, the faster the battery is charged in sunshine. The higher the discharge power, the larger the connected power consumers can be.

Why Are Charge And Discharge Performance Of Residential Battery Backup So Important?

In fact, many users focus on key figures such as efficiency, battery capacity and service life when selecting a residential battery backup. In doing so, they often neglect the charging and discharging performance of the lithium batteries. However, this is very important for operating devices with electricity from PV systems. If your power backup system has a rather low charging capacity, it takes longer for the lithium batteries to be fully charged again. However, it is really problematic if the discharge capacity of residential battery backup is too low.

Logically, the operation of electricity-intensive appliances such as your washing machine or dryer is most worthwhile with free solar power. However, such power-hungry appliances are only supplied with energy via the residential battery backup if it has a sufficient discharge capacity. In addition to individual consumers with a great hunger for electricity, a large number of smaller appliances can also push the battery backup system to its limits. So even if you don't have any large consumers in mind when you buy, you should consider future purchases. This is especially true for charging an electric car with self-generated PV power. In case of doubt, the discharge capacity of your residential battery backup should be somewhat more generously dimensioned.

The charging and discharging capacity of home battery for PV systems usually depends on the lithium battery size or its capacity. Smaller batteries usually also have lower discharging power or charging power. However, high power ratings and large storage capacity are associated with higher purchase costs. Therefore, when buying, you should consider the following factors:

● Consumption patterns: If you need electricity primarily when the sun is not shining, the home battery backup system must be larger than if you use most of the energy during the day.

● System size: As mentioned at the beginning, the size of the home battery and the size of the system must be matched. If the PV system generates more electricity than you can store, this is just as unfavorable as an unnecessarily large and expensive battery backup system that is only partially used.