Today, more and more people are willing to invest in solar energy to save more money and also to adopt a sustainable way of generating their own energy. However, before making any decision, it is fundamental to understand how Photovoltaic systems work. This implies knowing the differences between direct current and alternating current and how they act in these systems.

This way you will be able to choose the best option among so many, which will certainly bring benefits to your investment. In addition, if you are thinking of adopting this practice in your business, you should already know that the photovoltaic system is the means by which electric energy will be produced.

To help you stay on top of the subject, we have prepared this post telling you what it is and what is the role of each type of electric current in photovoltaic systems. Stay with us and understand! 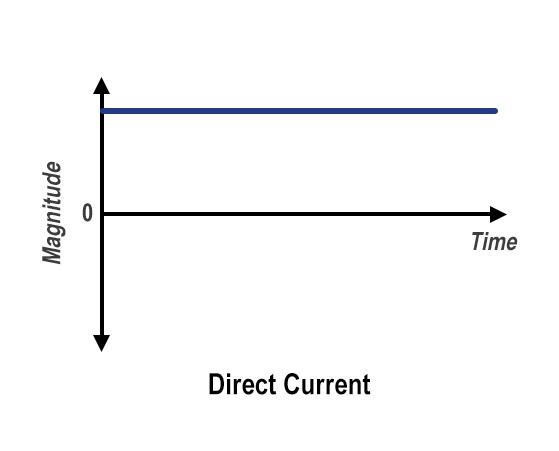 What is a direct current?

Before knowing what a direct current (DC) is about, it is worth making it clear that an electric current can be understood as a flow of electrons. These are negatively charged particles - that pass through an energy-conducting material, such as a wire. Such current circuits are made up of two poles, one negative and one positive. In direct current, the current travels only in one direction of the circuit.

Direct current is, therefore, that which does not change its direction of circulation when flowing through a circuit, maintaining both positive (+) and negative (-) polarities. To be sure that the current is direct, it is only necessary to make sure that it has changed direction, i.e. from positive to negative and vice versa.

It is important to note that it does not matter how the intensity changes, nor even what kind of wave the current assumes. Even if this occurs, if there is no change of direction, we have a continuous current.

In electrical installations with direct current circuits, it is common to use red cables to designate the positive (+) polarity and black cables indicating the negative (-) polarity in the current flow. This measure is necessary because reversing the polarity of the circuit, and consequently the direction of current flow, can result in various damages to the loads that are connected to the circuit.

This is the type of current that is common in low voltage devices, such as batteries, computer components, and machine controls in automation projects. It is also produced in the solar cells that make up a solar system.

In photovoltaic systems there is a transition between direct current (DC) and alternating current. DC is produced in the photovoltaic module during the conversion of solar irradiation into electrical energy. This energy remains in the form of direct current until it passes through the interactive inverter, which converts it into alternating current. 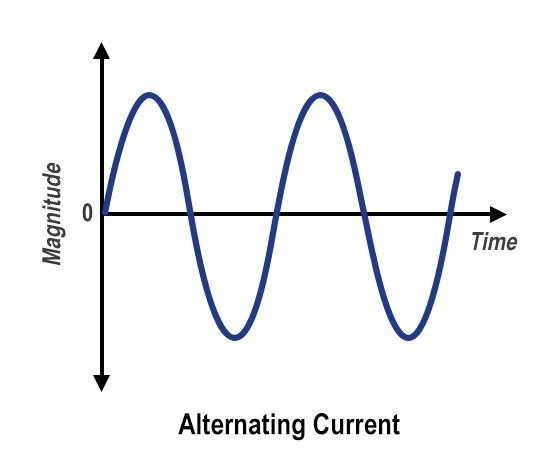 What is alternating current?

This type of current is called alternating because of its nature. That is, it is not unidirectional and changes the direction of circulation within the electrical circuit in a periodic manner. It migrates from positive to negative and vice versa, like a two-way street, with electrons circulating in both directions.

The most common types of alternating current are square and sine waves, which vary their intensities from a maximum positive (+) to a maximum negative (-) in a given time interval.

Thus, frequency is one of the most important variables that characterizes a sine wave. It is represented by the letter f and measured in Hertz (Hz), in honor of Heinrich Rudolf Hertz, who measured how many times the sine wave alternated its intensity from a value +A to a value -A within a certain time interval.

By convention, this time interval is treated as 1 second. Thus , the value of the frequency is the number of times the sine wave alternates its cycle from positive to negative for 1 second. So the longer it takes the alternating wave to complete one cycle, the lower its frequency. On the other hand, the higher the frequency of a wave, the less time it will take to complete a cycle.

Alternating current (AC), as a rule, is capable of reaching a much higher voltage, allowing it to travel farther without losing power significantly. This is why the power from the power plants is transmitted to its destination by alternating current.

This type of current is used by most electronic household appliances, such as washing machines, televisions, coffee makers, and others. Its high voltage requires that before it enters homes, it must be transformed to lower voltages, such as 120 or 220 volts.

How do the two act in a photovoltaic system?

These systems are made up of several components, such as charge controllers, photovoltaic cells, inverters, and battery backup system. In it, the sunlight is transformed into electrical energy as soon as it reaches the photovoltaic panels. This occurs through reactions that release electrons, generating direct electrical current (DC). After the DC is generated, it passes through inverters responsible for transforming it into alternating current, which enables its use in conventional appliances.

Thus, photovoltaic systems can provide numerous benefits and can significantly reduce the cost of electricity. However, for this to be effective, the equipment must be of high quality, and must be installed in the correct way so that damage and accidents do not result.

Finally, now that you know a little about the direct current and alternating current, if you want to bypass these technical complications when installing a solar system, BSLBATT has introduced the AC-coupled All in one battery backup system, which converts solar power directly to AC power. Contact us to get personalized consultation and quotation from our qualified and technically trained sales representatives.