After the Tesla Powerwall price increase how to buy the best solar battery storage?

What you need to know about adding battery storage, such as the Tesla Powerwall, to your home's solar panel system.

The concept of home battery storage isn't new. Off-grid solar photovoltaic (PV) and wind electricity generation on remote properties have long used battery storage to capture the unused electricity for later use. It's very possible that within the next five to 10 years, most homes with solar panels will also have a battery system.

A battery captures any unused solar power generated during the day, for later use at night and on low-sunlight days. Installations that include batteries are increasingly popular. There's a real attraction to being as independent as possible from the grid; for most people, it's not just an economic decision, but also an environmental one, and for some, it's an expression of their wish to be independent of energy companies. 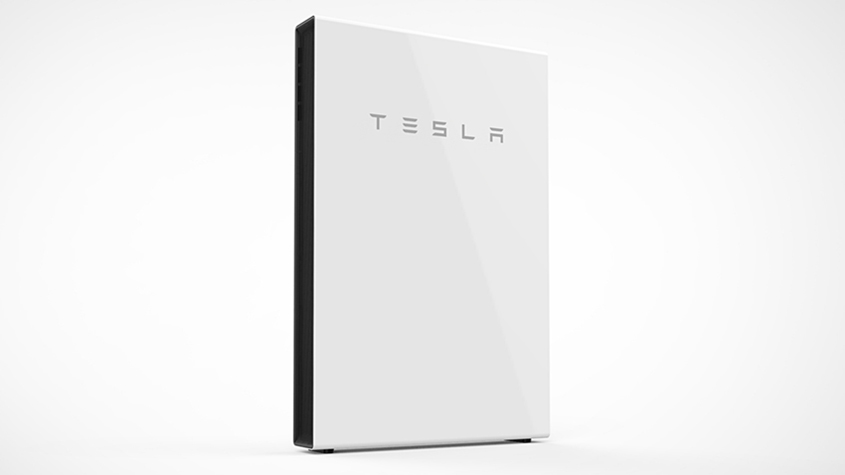 How much does the Tesla Powerwall cost in 2019?

There has been a price rise in October 2018 such that the Powerwall itself now costs $6,700 and the supporting hardware costs $1,100, which brings the total system cost to $7,800 plus installation. This means that installed it will be around $10,000, given the installation price guide issued by the company of between $2,000–$3,000.

Is the Tesla energy storage solution eligible for the federal investment tax credit?

Yes, the Powerwall is eligible for the 30% solar tax credit where (Solar Investment Tax Credit (ITC) Explained) it is installed with solar panels to store solar power.

● Cost at around $10,000 installed for 13.5 kWh of usable storage. This is a relatively good value given the high cost of solar energy storage. Still not an amazing return, but better than its peers;

● Battery Quality. Tesla has partnered with Panasonic for its Lithium-Ion battery technology meaning the individual battery cells should be very high in quality;

● Intelligent software-controlled architecture and battery cooling system. Although I am not an expert on this, it appears to me that Tesla is leading the pack in terms of controls to ensure both safety and smarter functionality; and

● Time-based controls allow you to minimize the cost of electricity from the grid over a day when you face time-of-use (TOU) electricity billing. Although others have talked about being able to do this no one else has shown me a slick app on my phone to set peak and off-peak times and rates and to have the battery work to minimize my cost as the Powerwall can do.

Home battery storage is a hot topic for energy-conscious consumers. If you have solar panels on your roof, there's an obvious benefit to storing any unused electricity in a battery to use at night or on low-sunlight days. But just how do these batteries work and what do you need to know before installing one?

There are four main ways your home can be set up for electricity supply.

The most basic set-up, where all your electricity comes from the main grid. The home has no solar panels or batteries.

The most typical set-up for homes with solar panels. The solar panels supply power during the day, and the home generally uses this power first, resorting to grid power for any extra electricity needed on low sunlight days, at night, and at times of high power usage.

These have solar panels, a battery, a hybrid inverter (or possibly multiple inverters), plus a connection to the mains electricity grid. The solar panels supply power during the day, and the home generally uses the solar power first, using any excess to charge the battery. At times of high power usage, or at night and on low-sunlight days, the home draws power from the battery, and as a last resort from the grid.

These are the key technical specifications for a home battery.

For every kWh of charge put in, how much the battery will actually store and put out again. There's always some loss, but a lithium battery should usually be more than 90% efficient.

Also called the cycle life, this is how many cycles of charge and discharge the battery can perform before it's considered to reach the end of its life. Different manufacturers might rate this in different ways. Lithium batteries can typically run for several thousand cycles.

The expected life of the battery (and its warranty) can be rated in cycles (see above) or years (which is generally an estimate based on the expected typical usage of the battery). The lifespan should also state the expected level of capacity at the end of life; for lithium batteries, this will usually be about 60–80% of the original capacity.

Batteries are sensitive to temperature and need to operate within a certain range. They can degrade or shut down in very hot or cold environments.

The most common type of battery being installed in homes today, these batteries use similar technology to their smaller counterparts in smartphones and laptop computers. There are several types of lithium-ion chemistry. A common type used in home batteries is lithium nickel-manganese-cobalt (NMC), used by Tesla and LG Chem.

Another common chemistry is lithium iron phosphate (LiFePO, or LFP) which is said to be safer than NMC due to lower risk of thermal runaway (battery damage and potential fire caused by overheating or overcharging) but has lower energy density. LFP is used in home batteries made by BYD and BSLBATT, among others.

● They can give several thousand charge-discharge cycles.

● They can be discharged heavily (to 80–90% of their overall capacity).

● They're suitable for a wide range of ambient temperatures.

● They should last for 10+ years in normal use.

●End of life may be a problem for large lithium batteries.

●They need to be recycled to recover valuable metals and prevent toxic landfill, but large-scale programs are still in their infancy. As home and automotive lithium batteries become more common, it's expected that recycling processes will improve.

●The good old lead-acid battery technology that helps start your car is also used for larger-scale storage. It's a well-understood and effective battery type. Ecoult is one brand making advanced lead-acid batteries. However, without significant developments in performance or reductions in price, it's hard to see lead-acid competing long-term with lithium-ion or other technologies.

They're relatively cheap, with established disposal and recycling processes.

● They're sensitive to high ambient temperatures, which can shorten their lifespan.

● They have a slow charge cycle.

Battery and storage technology is in a state of rapid development. Other technologies currently available include the Aquion hybrid ion (saltwater) battery, molten salt batteries, and the recently announced Arvio Sirius supercapacitor. We'll keep an eye on the market and report on the state of the home battery market again in the future.

All for one low price

The BSLBATT Home Battery ships in early 2019, although the company has not yet confirmed if that's the timing for five versions. The integrated inverter makes the AC Powerwall more of a step forward from the first generation, so it could take a little longer to roll out than the DC version.

The DC system comes with a built-in DC/DC converter, which takes care of the voltage issues noted above. Setting aside the complexities of different storage architectures, the 14-kilowatt-hour Powerwall starting at $3,600 clearly leads the field on the listed price. When customers ask for it, that's what they're looking for, not the options for the type of current it holds.

Should I get a home battery?

For most homes, we think a battery doesn't make complete economic sense yet. Batteries are still relatively expensive and the payback time will often be longer than the warranty period of the battery. Currently, a lithium-ion battery and hybrid inverter will typically cost between $8000 and $15,000 (installed), depending on capacity and brand. But prices are falling and in two or three years it may well be the right decision to include a storage battery with any solar PV system.

Nevertheless, many people are investing in home battery storage now, or at least ensuring their solar PV systems are battery-ready. We recommend you work through two or three quotes from reputable installers before committing to battery installation. The results from the three-year trial mentioned above show that you should make sure of a strong warranty, and commitment of support from your supplier and battery manufacturer in the event of any faults.

Government rebate schemes, and energy trading systems such as Reposit, can definitely make batteries economically viable for some households. Beyond the usual Small-scale Technology Certificate (STC) financial incentive for batteries, there are currently rebate or special loan schemes in Victoria, South Australia, Queensland, and the ACT. More may follow so it's worth checking what's available in your area.

When you're doing the sums to decide whether a battery makes sense for your home, remember to consider the feed-in tariff (FiT). This is the amount you're paid for any excess power generated by your solar panels and fed into the grid. For every kWh diverted instead into charging your battery, you'll forgo the feed-in tariff. While the FiT is generally quite low in most parts of Australia, it's still an opportunity cost you should consider. In areas with generous FiT such as the Northern Territory, it's likely to be more profitable to not install a battery and just collect the FiT for your surplus power generation.

A unit used to quantify the rate of energy transfer. One kilowatt = 1000 watts. With solar panels, the rating in watts specifies the maximum power the panel can deliver at any point in time. With batteries, the power rating specifies how much power the battery can deliver.

A measure of energy production or consumption over time. The kilowatt-hour (kWh) is the unit you'll see on your electricity bill because you're billed for your electricity usage over time. A solar panel producing 300W for one hour would deliver 300Wh (or 0.3kWh) of energy. For batteries, the capacity in kWh is how much energy the battery can store.

This describes the complete package of battery, integrated electronics, and software to manage the charge, discharge, DoD level and more.