What is A Hybrid Solar Inverter? 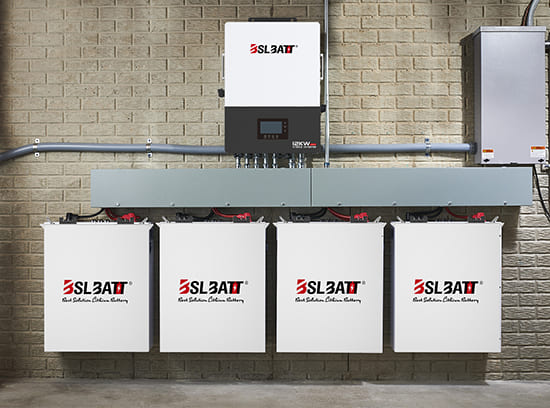 What is a solar inverter?

A solar inverter is a device that converts direct current (DC) into alternating current (AC). Solar inverters are used in photovoltaic systems to convert the DC electricity generated by the solar panels into AC electricity that can be fed into the grid.

Solar inverters have a variety of applications beyond just converting DC to AC. Solar inverters can also be used to condition the DC electricity generated by the solar panels, optimize the power output of the system, and provide monitoring and diagnostics capabilities.

What is a hybrid solar inverter?

The hybrid inverter is a new solar technology that combines a traditional solar inverter with a battery inverter. The inverter can be connected grid-tied or off-grid, so it can intelligently manage power from solar panels, lithium solar batteries and the utility grid at the same time.

Hybrid inverters combine the functions of both, so they are more expensive than traditional solar inverters, but they also have more advantages. On the one hand, they can provide backup power during a grid outage; on the other hand, they also offer greater efficiency and flexibility when managing your solar power system.

What is the Difference Between a Hybrid Inverter and an Ordinary Inverter?

Inverters are devices that convert direct current (DC) into alternating current (AC). They are used in a variety of applications, including powering AC motors from DC batteries and providing AC power for electronic equipment from DC sources such as solar panels or fuel cells.

Hybrid solar inverters offer many advantages over traditional inverters, including:

1. Increased Efficiency - Hybrid solar inverters are able to convert more of the sun's energy into usable electricity than traditional inverters. This means that you'll get more power from your hybrid system, and you'll save money on your energy bills in the long run.

2. Greater Flexibility - Hybrid solar inverters can be used with a variety of different solar panel types, so you can choose the panels that best suit your needs. You're not limited to one type of panel with a hybrid system.

3. More Reliable Power - Hybrid solar inverters are built to last, and they're designed to withstand extreme weather conditions. This means that you can count on your hybrid system to provide power even when the sun isn't shining.

4. Easy Installation - Hybrid solar systems are easy to install and don't require special wiring or equipment. This makes them a great option for homeowners who want to go solar without having to hire a professional installer.

5. Easily Retrofit Battery Storage - Setting up a full solar energy system can be pricey, particularly if you want to install an energy storage system too. A hybrid off grid inverter is created to make it possible to integrate a home battery pack at any point, which eliminates the need to spend extra money on a battery storage system when you first install your solar power system. Then, you can add the solar lithium battery bank down the road and still get maximum use from your solar energy setup.

Hybrid battery inverters optimizing the use of electrical energy with the help of home batteries can have different objectives:

Complete local self-consumption: Storing all the surplus energy from the PV system (this is what we call "zero export" or "grid zero" operation) and avoiding injection into the grid.

Increasing the rate of PV self-consumption: With a hybrid battery inverter, you can store the excess power generated by the solar panels in the home battery during the day and release the stored solar energy at night when the sun is not shining, increasing the utilization of the solar panels up to 80%.

Peak-shaving: This mode of operation is very similar to the previous one, except that the energy from the batteries will be used to supply peak consumption. This is necessary for homeowners who want to reduce their electricity costs, for example, for installations that have a daily curve of peak consumption at certain times, to avoid increasing contract demand.

What are the operating modes of hybrid solar inverters?

hybrid mode - allows the solar panel to store excess energy during the day, which can then be used in the evening to charge batteries or power the home.

Backup mode - When connected to the grid, this solar inverter functions like a regular one; however, in the event of a power outage, it automatically switches to standby power mode. This inverter is able to power your home and charge batteries, as well as provide surplus power to the grid.

Off-grid mode - allows you to operate the inverter in a stand-alone configuration and power your loads without a grid connection.

Do I need to install a hybrid inverter for my solar system?

Although the initial investment in a hybrid inverter is a significant cost, it also has many advantages, and by using a hybrid solar inverter you get one inverter with two functions.

If you use a solar inverter, let's say in the future you want to add residential battery storage to your solar system, you will need to purchase a separate battery inverter in addition to the solar panel. Then, in reality, this entire system costs more than a hybrid battery inverter, so a hybrid inverter is more cost-effective, which is a combination of an off-grid inverter, an AC charger, and an MPPT solar charge controller.

Hybrid inverters help eliminate intermittent sunlight and unreliable utility grids, allowing them to perform better than other types of solar inverters. They also store energy more efficiently for future use, including backup power for use during power outages or peak hours. 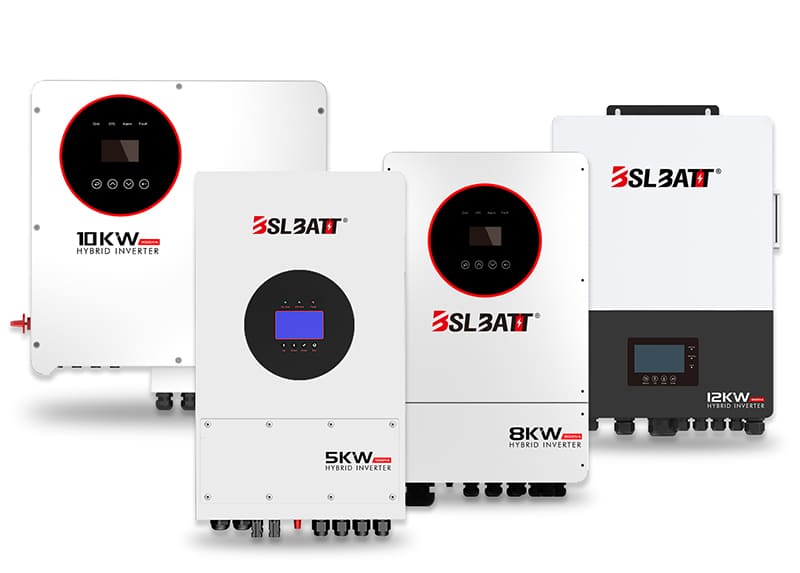 Where to get it from?

As a professional manufacturer and supplier of energy storage systems, BSLBATT offers a range of 5kW, 6kW, 8kW, 10kW, 12kW, three-phase or single-phase hybrid solar inverters that can help you reduce your dependence on the grid, reduce your carbon footprint, enjoy advanced monitoring tools and increase your power production.