Solar or photovoltaic systems are developing higher levels of performance and are also becoming cheaper. In the home sector, photovoltaic systems with innovative solar storage systems can provide an economically attractive alternative to traditional grid connections. If solar technology is used in private households, a certain degree of independence from large power producers can be achieved. Good side effect-self-generation is cheaper.

Anyone who installs a photovoltaic system on the roof will generate electricity and feed it into the grid of their house. This energy can be used by technical equipment in the home grid. If excess energy is generated and there is more electricity available than is currently needed, you can let this energy flow into your own solar storage device. This electricity can be used later and used in the home. If spontaneous solar energy is not enough to meet your own consumption, you can obtain additional electricity from the public grid.

If you want to be as self-sufficient as possible in the power supply sector, you should ensure that you use as much photovoltaic system power as possible. However, this is only possible when the electricity generated when there is plenty of sunlight can be stored when there is no sunlight. The solar energy that you cannot use yourself can also be stored for later use. Since the feed-in tariff of solar energy has been declining in recent years, the use of solar energy storage devices is of course also a financial decision. In the future, if you want to buy more expensive household electricity, why should spontaneous electricity be sent to the local power grid at a price of a few cents/kWh? Therefore, the logical consideration is to equip solar power systems with solar energy storage devices. According to the design of solar energy storage, almost 100% of the self-use share can be realized.

Solar energy storage systems are usually equipped with lithium iron phosphorus batteries. A typical storage capacity between 5 kWh and 20 kWh is planned for private residences. Solar energy storage can be installed in the DC circuit between the inverter and the module, or in the AC circuit between the meter box and the inverter. The AC circuit variant is particularly suitable for retrofitting because the solar storage system is equipped with its own battery inverter. 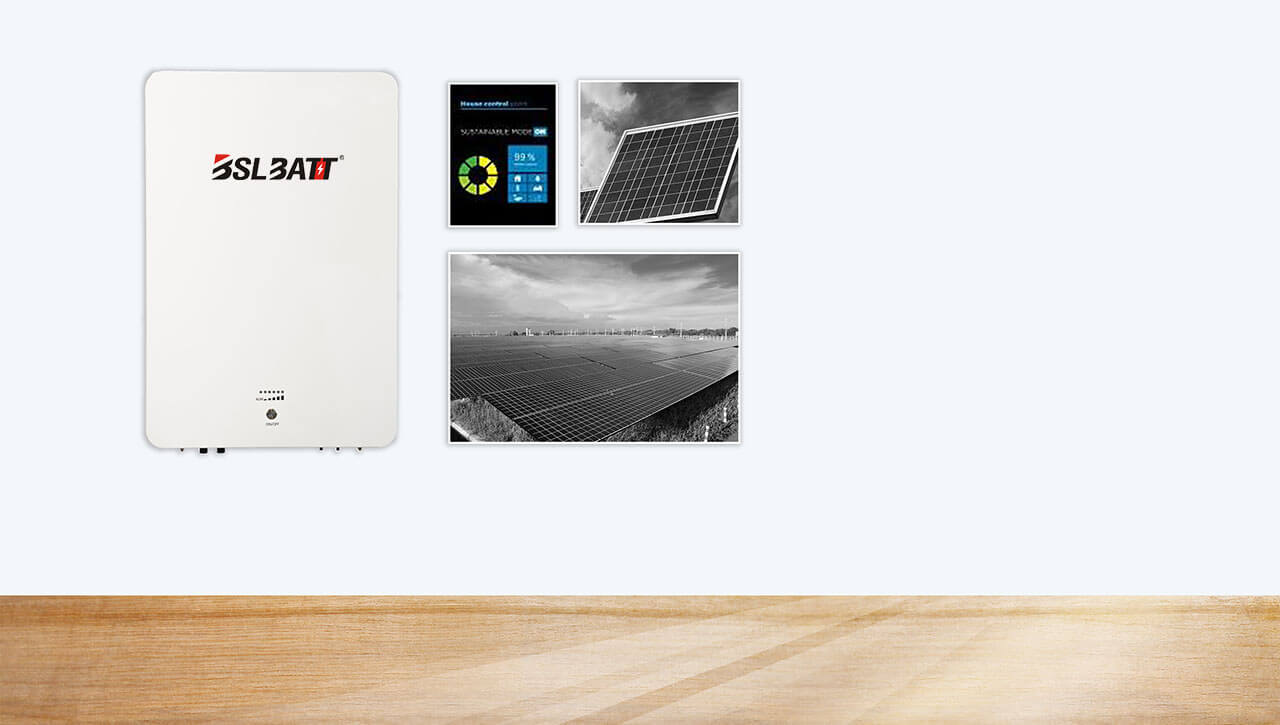 Regardless of the type of installation, the main components of a home solar photovoltaic system are the same. These components are as follows:

What Is The Benefit Of A Solar Battery System?

Photovoltaic systems without a storage opportunity produce electricity to be used immediately. This is rarely effective since solar energy is mainly generated during the day when the power demand of most households is low. However, electricity demand increases significantly in the evening. With a battery system, the excess solar power produced during the day can be used when it is actually needed. No need to change your life habits, you:

In May 2014, the German federal government cooperated with KfW Bank to launch a subsidy program for the purchase of solar energy storage. This subsidy is applicable to systems that have been put into operation after December 31, 2012, and whose output is less than 30kWP. This year, the funding program was restarted. From March 2016 to December 2018, the federal government will support the purchase of grid-friendly solar energy storage devices, with an initial output of 500 euros per kilowatt. This takes into account the qualified cost of approximately 25%. By the end of 2018, these values will drop to 10% in the six-month period.

Today, nearly 2 million solar systems in 2021 provide about 10% of Germany's electricity, and the share of photovoltaic power generation in power generation continues to rise. The Renewable Energy Act [EEG] has contributed a lot to rapid growth, but it is also the reason for the sharp decline in new construction in recent years. The German solar market collapsed in 2013 and failed to achieve the federal government's expansion target of 2.4-2.6 GW for many years. In 2018, the market rebounded slowly again. In 2020, the output of newly installed photovoltaic systems was 4.9 GW, more than since 2012.

Solar energy is an environmentally friendly alternative to nuclear power, crude oil, and hard coal, and can ensure the reduction of nearly 30 million tons of carbon dioxide, the climate-damaging carbon dioxide, in 2019.

Germany currently has nearly 2 million photovoltaic systems installed with an output power of 54 GW. In 2020, they generated 51.4 terawatt-hours of electricity.

We believe that with the continuous development of technological capabilities, solar storage battery systems will gradually become popular, and more families will tend to use solar off-grid systems to reduce their monthly household electricity consumption!