Become Independent With Your Own Photovoltaic System And Save Money

Buying a house will increase independence. But when the monthly expenses were significantly higher than expected, many homeowners were surprised. In particular, the cost of electricity for single-family houses can reach unimaginable heights, which has led some people to look for cheap alternatives: your own photovoltaic(PV) system is the best solution here.

"Photovoltaic system? There is no return at all!", many people now think. But he was wrong. Because although the feed-in tariff of solar energy has fallen sharply in recent years, owning a solar system is more valuable than ever, especially for homeowners, as the steady increase in the number of new installations has shown.

This is because although the electricity price of the public grid continues to rise, the average cost of a one-kilowatt hour (kWh) is now 29.13 cents, but the price of more and more efficient modules for photovoltaic systems has fallen sharply in recent years. Only about 10-14 cents per kilowatt-hour, environmentally friendly solar energy is much cheaper than traditional coal or nuclear power.

In the beginning, photovoltaic systems were only profitable objects, so now self-consumption is especially worthwhile. In order to increase this and thus increase the independence from the traditional power supply, a power storage device can also be installed, with which the unused solar energy can be stored and used at a later point in time.

By temporarily storing solar power generated during the day and using it at night, workers, in particular, can benefit from the advantages of their own power storage system. If large loads such as washing machines or dishwashers continue to operate during the day, the combination of photovoltaic systems and home battery backup systems can meet more than 80% of the power demand.

But the photovoltaic system cannot only be combined with the power storage system. Heating rods and domestic water heat pumps can convert solar energy into heat energy to produce hot water or heating. Electronic charging stations can also be used to "charge" your own electric car. Environmentally friendly and cheap.

Use your photovoltaic system to save money

Calculated at an electricity price of 29.13 cents, this means that about 458 euros can be saved each year. In addition, there is a feed-in tariff of 12.3 cents/kWh, which in this case is about 507 euros. This saves nearly 965 euros and reduces the annual electricity bill from 1,310 euros to only 345 euros. 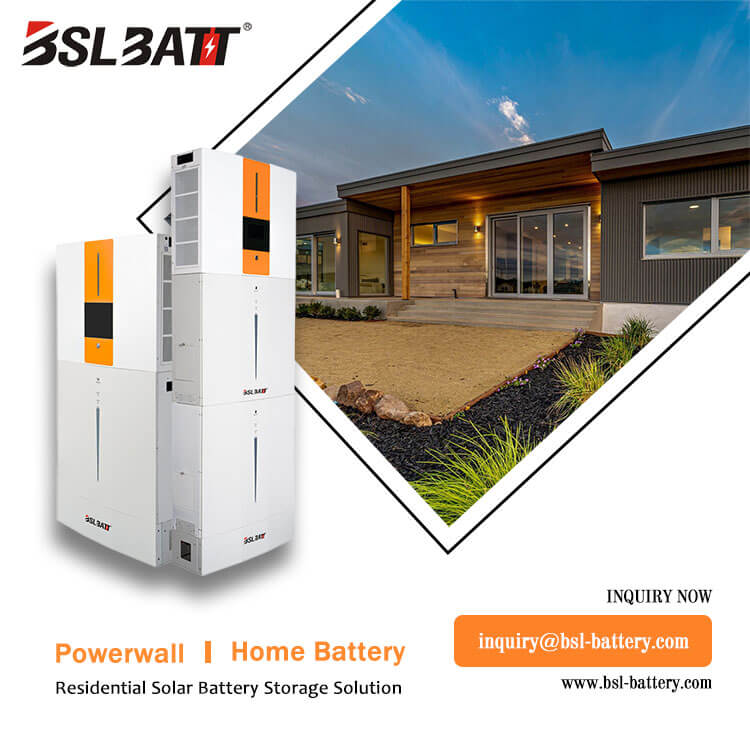 However, the experience of satisfied customers shows that almost complete independence from the public grid is also possible. This is how a family that chooses a photovoltaic system with power storage can generate 98% of the electricity on its own. As a result of annual savings of about 1,284 Euros and 158 Euros of feed-in tariffs, such households even increased by about 158 Euros.

Combined with the solar electric battery storage, the solar system can meet an average of up to 80% of the power demand. According to previous calculations, this has also led to a reduction in electricity bills to 0 and an increase of 6 euros, which proves that the highest possible self-consumption is completely reasonable.

As the price of photovoltaic system components has fallen sharply, investment costs are usually amortized after a few years. A standard photovoltaic system with 6 kWp output and 9,000 euros can save 965 euros per year after nearly 9 years, and save nearly 15,000 euros for at least 25 years.

For the battery electric storage system, the average system price increased to 14,500 Euros, but because of annual savings of approximately 1,316 Euros, you offset the initial higher investment costs in 11 years. After about 25 years, nearly 18,500 euros have been saved. If you want to increase your own consumption and run heating elements, heat pumps or electronic charging stations at the same time, photovoltaic systems and power storage systems are the best choice.

In general, photovoltaic systems that support power storage are not only environmentally friendly or independent. The financial aspect also plays a role here.

To help people better understand the new photovoltaic system and power storage battery, BSLBATT provides a FAQ service. Our engineers will answer the corresponding questions. If you also want to benefit from photovoltaic and power storage systems, you can contact us today Get a quote! At the same time, as an electric storage battery company, we hope to cooperate with more inverter distributors to provide more favorable electricity storage for homes.