Regional Storage Facilities Can Be The Future Of Decentralized Energy Transition

Energy storage is the capture of energy produced at one time for use at a later time[1] to reduce imbalances between energy demand and energy production. A device that stores energy is generally called an accumulator or battery.

Battery storage in households is becoming more and more attractive. The system prices for lithium storage systems per Kwh used fell by 18 percent in both 2014 and 2015. The argument that home storage systems are uneconomical hardly counts anymore. At the beginning of 2016, 34,000 units were already installed in Germany and demand remains high, as the SolarContat index shows. Only on one level higher than the district storage facility there are hardly any projects, there is simply a lack of offers and a business model.

A report from the Solar-Cluster Baden-Württemberg shows the current development of electricity storage. With rising household electricity prices and falling solar PV system costs, the storage systems can already be operated economically in 2017 or 2018. The battery storage system can increase the self-consumption share of the photovoltaic system from 30% to about 60%, thereby saving more than buying electricity from the grid.

"In the next few years, the triumphant advancement of such models will not stop," said Carsten Tschamber from the Sun Cluster. "Declining energy storage prices, rising electricity costs, and falling EEG feed-in tariffs will make the new solar energy storage concept more economical. However, better legal framework conditions are also necessary so that storage facilities can have equal access to energy. market.

Regional storage facilities need a new business model: as far as the home energy storage system is concerned, the business model is clearly visible-compared to buying from the grid, it saves energy through rooftop photovoltaic power generation cheaper. There is still a lack of corresponding business models at the district or block level. Due to their size, the advantage of these storage systems is that the storage capacity per kilowatt hour is cheaper.

Large Storage Facilities Are Cheaper, But Fees And Charges Have To Be Paid For Them

The advantage: Due to the large format, the storage unit is around half as expensive per kWh as 18 individual ones. In addition, the storage capacities can be better used. Not all households and companies need a giant battery at the same time, their daily consumption complements each other. This further lowers the costs per stored kWh.

However, in contrast to home storage systems, there are network fees, EEG surcharge, and electricity tax for those who store electricity and feed it through the public grid. And not only when storing, but also when drawing electricity from storage. This is currently preventing the idea from spreading to other regions. 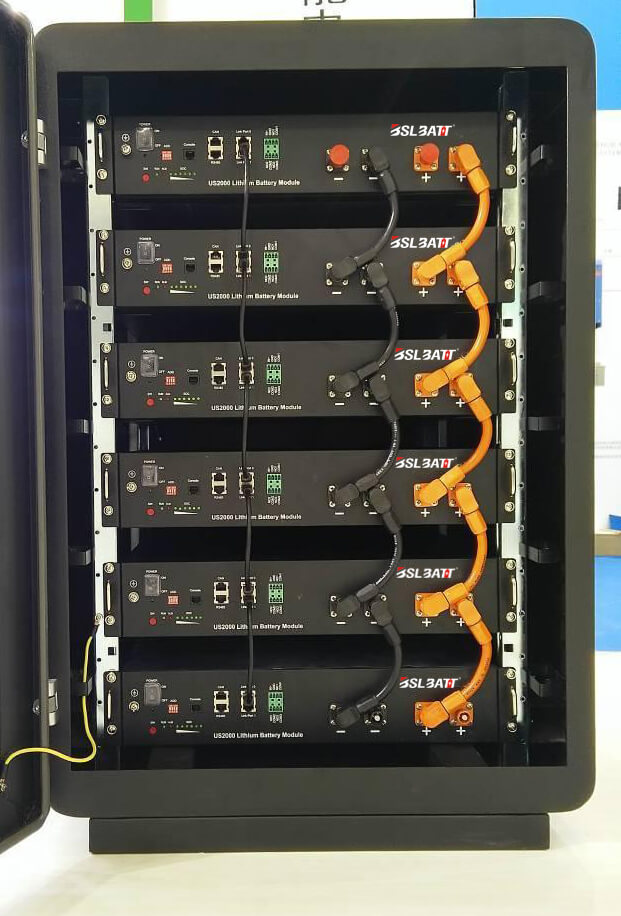 District Storage Facilities Are A Future Task For Municipal Utilities

According to current studies show that almost 75% of the people surveyed currently clearly prefer the electricity bank model to the home storage system. The participants advocate sharing storage capacity as a resource and welcome control and management by the operator.

The power bank is therefore an attractive alternative as it offers synergy effects. In the responsibility of municipal suppliers, energy storage can be used sensibly for the general public and thus does not focus on personal consumption, which is often also referred to as de-solidarization. As a neighborhood solution, the storage capacities can be used optimally and local added value can be increased.

“With the power bank, electricity is suddenly tangible and tangible - comparable to our money in our private bank account. The amount of self-generated electricity, your own consumption data and the amount of electricity that is stored in the battery and can be used again later can be visualized and traced, ”adds Eric, Managing Director of BSLBATT.

As a further function, the battery storage system can provide stable grid services in the form of balanced energy due to its high degree of flexibility. Since BSLBATT's ESS battery system can be expanded to a multi-megawatt range, regional storage systems of various sizes can be implemented.

The power grid in the form of balancing energy. Since ESS battery from BSLBATT are scalable up to the multi-MW range, district storage systems can be implemented in all sizes.

District Storage Facilities Are A Contribution To The Decentralized Energy Transition

This is a decentralized energy transition, as I imagine it to be. The electricity is stored, traded, and consumed locally. In addition, the local distribution network is relieved by storage. It was not mentioned whether the project would be economically viable without funding from the Baden-Württemberg Ministry of the Environment. However, it is at least one of the possible business models for district storage and thus an important contribution to the decentralized energy transition.

Get in your inbox the latest News and Offers from BSLBATT
Copyright © 2019 BSLBATT All Rights Reserved.