Should you go off grid with a BSLBATT Powerwall Battery?

As those who’ve made the leap can tell you, off-grid power is challenging to say the least. While it is possible to run a home on solar and wind, weather can quickly wreak havoc on your plans and can swiftly bring down even the best off-grid power setup.

One of the hardest things about going off the grid is finding a way to harness enough power to make the lifestyle realistic and affordable. While some people believe the answer is cutting consumption, renewable power engineer Mr. Yi thinks his BSLBATT Powerwall Battery could hold the key to realistic Off-Grid Power.

The best known benefit of Powerwall is that you can generate electricity without using the energy of a local energy company. Solar panels often produce more electricity than a home needed during a sunny day.

With Powerwall, you can store energy for your home at night or later, rather than letting it go to waste. Therefore, basically the powerwall is a polished plug-and-play Battery system that takes energy from the sun or the grid during the day stores it and uses it during peak time in the evening.

Energy companies often raise their rates at certain times of the year, and energy costs are rising.

With the Powerwall for off grid, you can avoid these fees and peak electricity bills.

Even if your solar panels do not produce energy, your home will still run stored energy from the Powerwall. Check to see if your utility offers a time-of-use rate that allows you to use cheaper solar energy already generated and stored in our Powerwall batteries.

Doing so will allow you to avoid electricity bills during periods of higher prices.

During the entire night everything you’re experiencing is stored sunlight, instead of electricity from the grid, isn’t that amazing. The battery will smooth out solar energy generation and store it for peak time use at night where most of the energy is used.

A major factor behind the rapid increase in the use of home solar energy storage lithium-ion technology like powerwall battery has been a 50% reduction in energy storage costs over the past two years.

The cost of energy storage has actually been plummeting over the past two decades, although it is still seems a little bit high compared to electricity supplied from the grid in some areas.

Storage systems can also save money and reduce emissions from generating electricity by reducing the need to invest in new conventional generating capacity.

Storage systems at the utility customer level can also bring significant savings to businesses through smart grid and distributed energy Resources programs, where cars, homes, and businesses are potential storage, suppliers, and users of electricity.

In a virtuous circle, the growth of the market leads to increased production of powerwall batteries for off grid, which leads to lower prices, therefore further expands the market size.

Another reason for the growing popularity of storage systems is their ability to integrate more renewable energy, such as solar, tidal and wind power, into the energy mix. 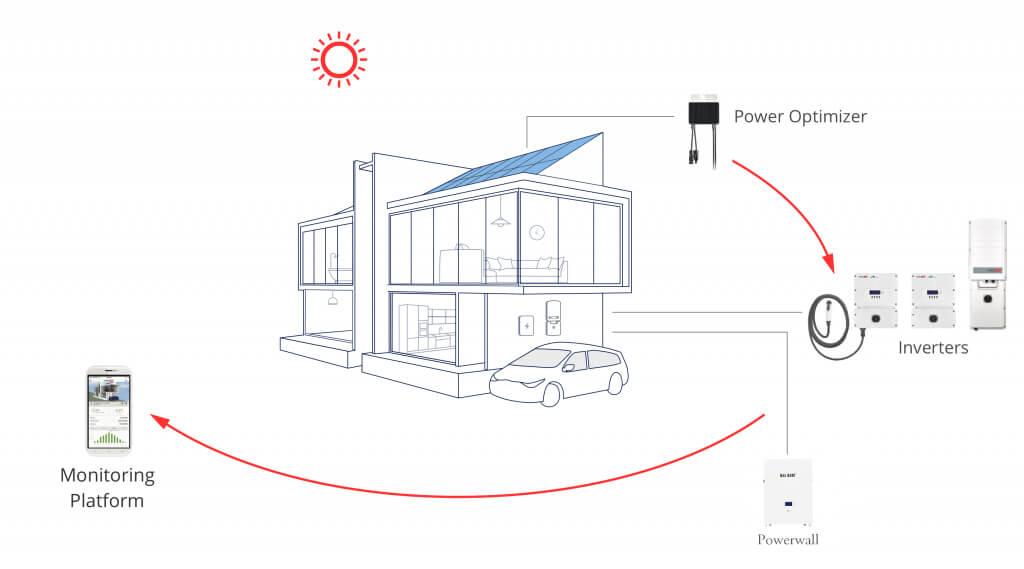 Company BSLBATT is introducing a new energy storage solution that could revolutionize the renewable energy industry. The Powerwall, or BSLBATT Home Battery, is a wall-mounted energy storage unit — a rechargeable lithium-ion battery pack– that can hold 15 kilowatt hours of electric energy, and deliver it at an average of 2 kilowatts, and finally make it affordable to go completely off the grid...

The Powerwall, by BSLBATT, is designed to hold a lithium-ion battery pack, liquid thermal control system, and software that receives dispatch commands from a solar inverter. It can be easily mounted on the wall and can even be integrated with the local grid for those who are just looking for an emergency backup power solution.

While Lithium battery technology isn’t exactly new, this will be the first time something of this scale will be introduced to the public. Mr.Yi says the problem with existing batteries is they “suck.” …” They are expensive and unreliable, stinky, ugly, bad in every way.”

Whether this is the ultimate solution to off-grid power storage is yet to be seen, but it is already sending shockwaves through the industry and causing others to bring newer battery technologies to the market – something that will help bring down the price of renewable energy technology and give more option to those who want to go off the grid.

From the aspect of financial incentives, as we know there are many governments and utility regulators are actively encouraging the development of battery storage systems with financial incentives, which is likely to lead to further growth. You can not only let your own home off the grid, but also sell the electricity to the grid!