Those familiar with solar energy can easily distinguish between on-grid solar systems, off-grid solar systems, and hybrid solar systems. However, for those who have not yet explored this domestic alternative to obtaining electricity from clean energy sources, the differences may be less obvious. To dispel any doubts, we'll tell you what each option consists of, as well as its main components and key pros and cons.

There are three basic types of home solar setups.

Each type of solar system has pros and cons, and we'll break down what you need to know to determine which type is best for your situation. 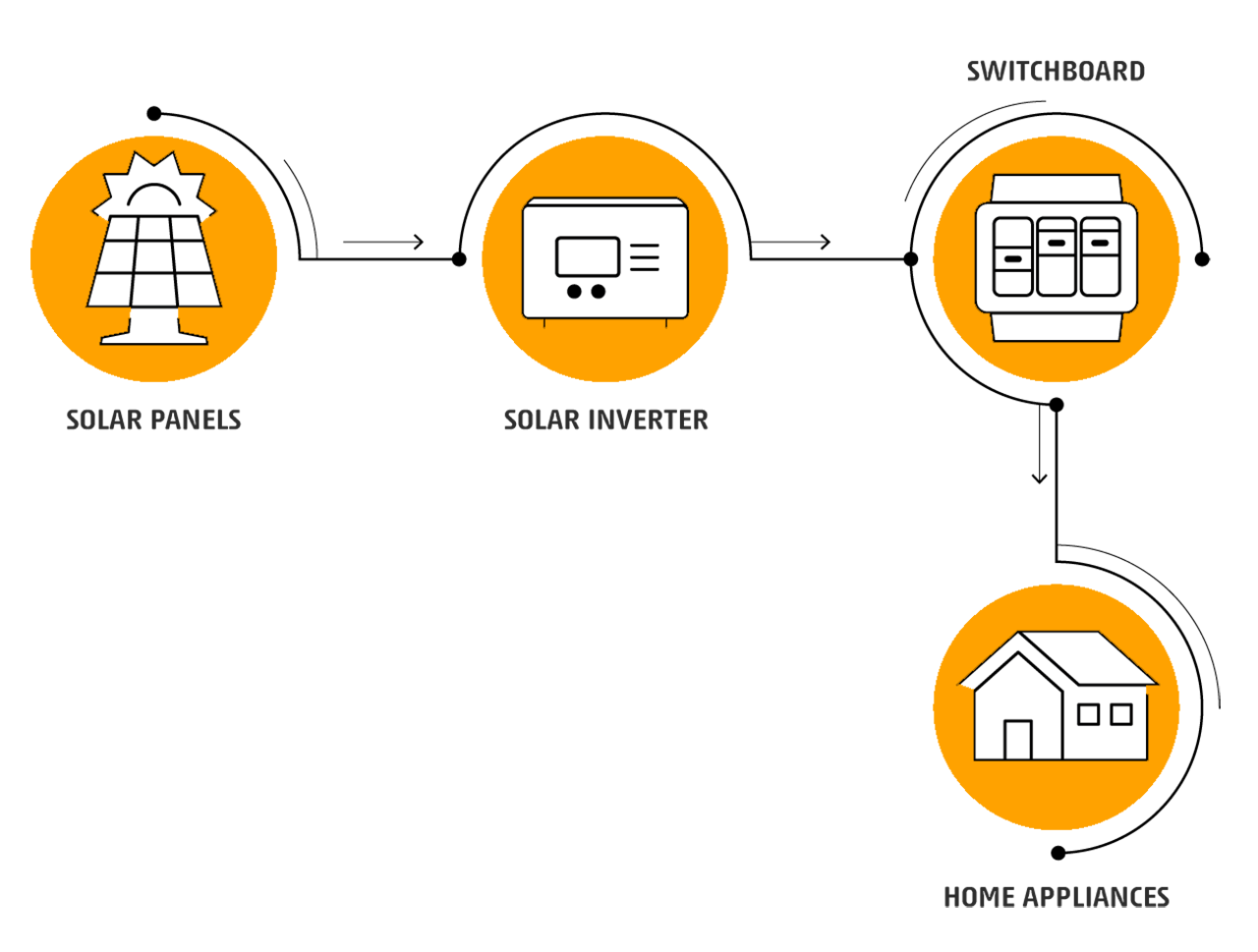 On-grid Solar Systems, also known as grid-tie, utility interaction, grid interconnection, or grid feedback, are popular in homes and businesses. They are connected to the utility grid, which is necessary to run a PV system. You can use the energy generated by the solar panels during the day, but at night or when the sun is not shining, you can still use the power from the grid, and it allows you to export any excess solar energy generated to the grid, get credit for it and use it later to offset your energy bills.

Before purchasing a on-grid Solar Systems solar system, it is important to determine how large an array you will need to meet all of your home energy needs. During solar panel installation, the PV modules are connected to an inverter. There are several types of solar inverters on the market, but they all do the same thing: convert direct current (DC) electricity from the sun into the alternating current (AC) needed to run most household appliances.

With this type of system, you do not need to buy home battery storage because you will have a virtual system - the utility grid. It does not require maintenance or replacement, so there are no additional costs. In addition, grid-tied systems are usually simpler and cheaper to install.

According to EIA data, the national annual transmission and distribution losses average about 5% of the electricity transmitted in the United States. In other words, your system will be up to 95% efficient over its entire life cycle. In contrast, lead-acid batteries, which are typically used with solar panels, are only 80-90% efficient at storing energy, and even degrade over time.

Your solar panels will typically produce more power than needed. With a net metering program designed for grid-connected systems, you can send excess power to the utility grid instead of storing it in batteries.

In some areas, homeowners who install solar will receive a Solar Renewable Energy Certificate (SREC) for the energy they generate. the SREC can later be sold through the local market to utilities who wish to comply with renewable energy regulations. If powered by solar, the average U.S. home can generate about 11 SRECs per year, which can generate about $2,500 for a household budget. 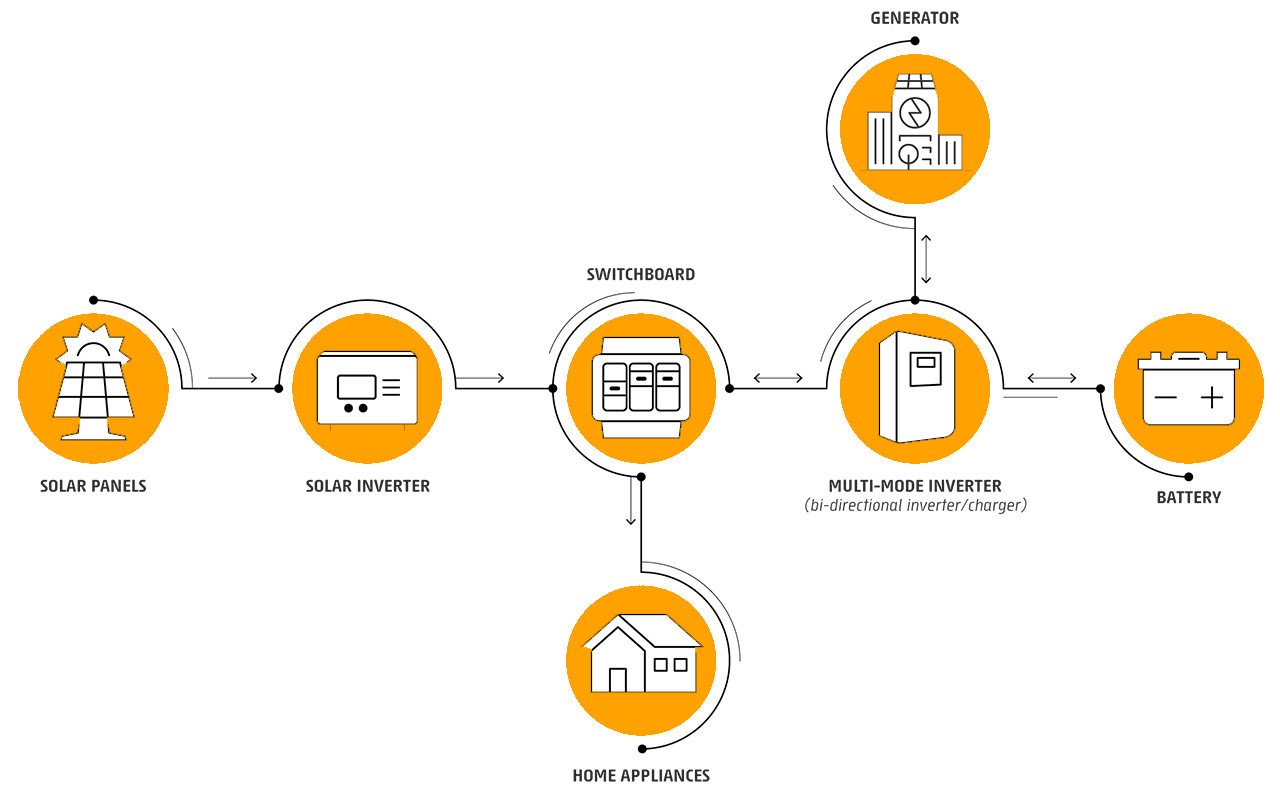 To ensure that electricity is always available, off-grid solar systems require battery storage and a backup generator (if you live off-grid). Most importantly, lithium battery packs usually need to be replaced after 10 years. Batteries are complex, expensive and can reduce overall system efficiency.

For people with many unique electrical installation needs, such as in a barn, tool shed, fence, RV, boat, or cabin, off-grid solar is perfect for them. Because stand-alone systems are not connected to the grid, whatever solar energy your PV cells capture - and you can store in the cells - is all the power you have.

1. It's a better option for homes that can't connect to the grid

Instead of installing miles of power lines in your home to connect to the grid, go off-grid. It's cheaper than installing power lines, while still providing nearly the same reliability as a grid-tied system. Again, off-grid solar systems are a very viable solution in remote areas.

Back in the day, if your home wasn't connected to the grid, there was no way to make it an energy-sufficient option. With an off-grid system, you can have power 24/7, thanks to the batteries that store your power. Having enough energy for your home adds an extra layer of security. Plus, you'll never be affected by a power failure because you have a separate power source for your home.

Because off-grid systems are not connected to the grid, they must be properly designed to produce enough power year-round. A typical off-grid solar system requires the following additional components. 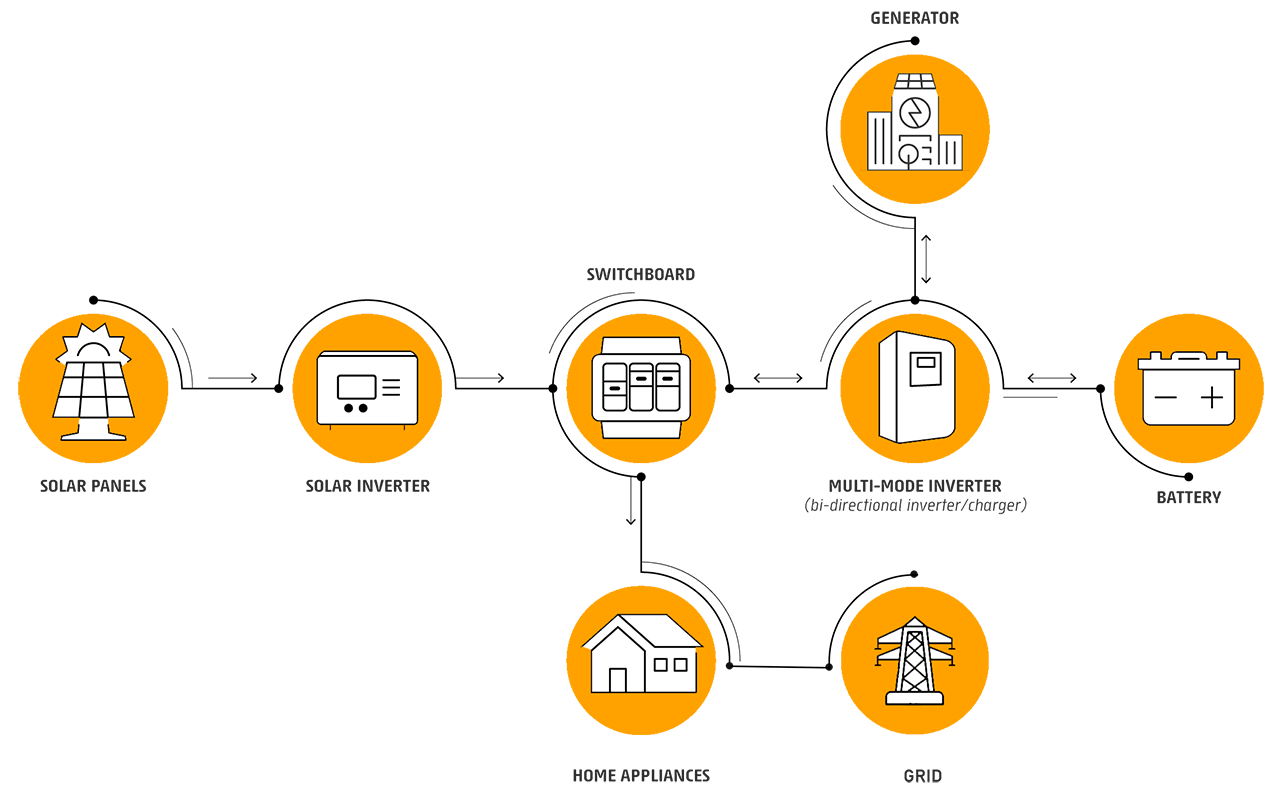 What is a hybrid solar system?

Modern hybrid solar systems combine solar energy and battery storage into one system and now come in many different shapes and configurations. Due to the decreasing cost of battery storage, systems that are already connected to the grid can also begin to utilize battery storage. This means being able to store solar energy generated during the day and use it at night. When the stored energy runs out, the grid is there as a backup, giving consumers the best of both worlds. Hybrid systems can also use cheap electricity to recharge the batteries (usually after midnight until 6 a.m.).

This ability to store energy allows most hybrid systems to be used as a backup power source even during power outages, similar to a home UPS system.

Traditionally, the term hybrid refers to two sources of power generation, such as wind and solar, but the more recent term "hybrid solar" refers to a combination of solar and battery storage, as opposed to an isolated system that is connected to the grid. Hybrid systems, while more expensive due to the added cost of batteries, allow their owners to keep the lights on when the grid goes down and can even help reduce demand charges for businesses.

Wrap up on differences between grid-tied, off-grid, as well as crossbreed planetary systems

There are several aspects to take into consideration when selecting the best solar system to meet your requirements.

People trying to find full power freedom, or those in remote areas, might opt for off-grid solar with or without battery storage.

The most cost-effective for ordinary consumers wanting to go eco-friendly and also reduce home power costs-- offered the current state of the market-- is grid-tied solar. You're still attached to the energy, yet greatly energy-sufficient. Note that if power interruptions are short as well as irregular, you might experience some trouble.

Nevertheless, if you live in a wildfire-prone location or one that is at high threat for typhoons, a hybrid system may be worth considering. In an increasing number of cases, electric companies are shutting down power for prolonged as well as constant periods-- by law-- for public security factors. Those depending on life-supporting appliances might not be able to deal.