In this article, we will discuss the feasibility analysis of the current photovoltaic solar system configuration home power from three cases.

In some developed areas, the cost of electricity consumption is relatively high, and the overall grid facilities are not stable and reliable. Therefore, reducing the comprehensive electricity cost is the main driving force for installing home power.

Australia's average electricity bill has many variables, depending on the size of your home and the number of appliances you use every day. However, the average national electricity consumption in Australia is 9,044 kWh per year or 14 kWh per day. Unfortunately, in the past three years, household electricity bills have risen by more than $550.

The household electrical equipment and power are shown in the following table:

According to the situation of the house, we designed a single-phase Solar power battery solution. The design uses 12 500W modules, a total of 6kW modules, and installs 5kW bidirectional energy storage inverters, which can generate 580~600kWh of electricity per month on average. Photovoltaic power can be used part of the time, and BSLBATT 7.5kWh lithium battery energy storage is configured according to the 6-hour peak power consumption period, which is used for load power consumption during peak periods without sunlight. Solar home power as a whole can basically meet customer demand for electricity.

Its electrical equipment and power are shown in the following table:

The store is located in Texas, with an average monthly power consumption of about 1400 kWh. The commercial electricity price in this place is 7.56 cents/kWh: 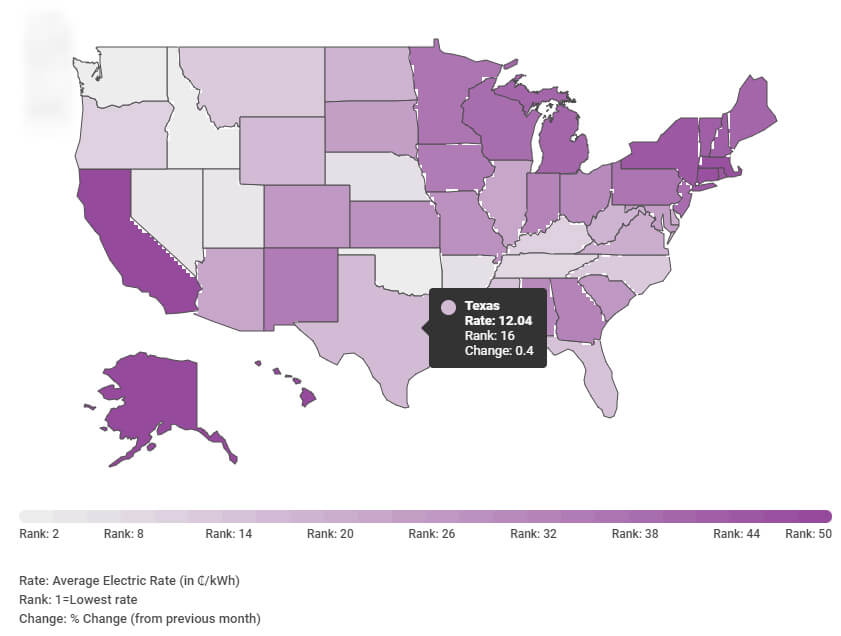 According to the user's situation, the system adopts a three-phase residential battery solution. The system is designed to use 24 500W modules, a total of 12kW modules, and a 10kW two-way energy storage inverter, which can generate 1,200 kilowatt-hours of electricity per month on average, which basically meets the customer's electricity needs. According to the operation of the cake shop, most of the load is concentrated in the peak power consumption period during the day, and the load is small at night. Therefore, photovoltaic power can be mainly used during the peak power consumption period, supplemented by home battery for solar and the grid; it can be mainly used at night solar power battery backup power, grid power as a supplement; therefore, home energy storage is equipped with BSLBATT 15kWh lithium battery.

Take Saxony in Germany as an example. The region encourages household photovoltaics and the feed-in limit of the grid feed point is 50%. Homeowners are encouraged to use photovoltaic battery backup to increase the spontaneous self-use rate; for residential solar Home power systems provide 1,000 euros + 200 euros/kWh (at least 2kWh installed), and can subsidize up to 4,000 euros (1 euro = 1.17 US dollars), and there is no installation period limit.

The current cost of power home solutions in the German solar market is about 380$/kW for photovoltaics and 590$/kWh for batteries; therefore, a 5kW+7.5kWh solar photovoltaic battery system adopts the same configuration, and the total cost is: 2188.8+4425=6613.8 US dollars; subsidies The post-system cost is 3688.8 US dollars; the average annual electricity bill for a family of 3 in Germany is at least 1065 US dollars, so the cost can be recovered in about 3.6 years.

The continuous reduction in the cost of lithium batteries and the strong support of various policies for the home power system business, as well as the high spontaneous self-utilization rate of the home power system itself, peak shaving and valley filling, and enhancement of the stability of the new energy power system, make the photovoltaic battery storage system in the field of new energy, there is a torrent of courageous progress.

Fully subvert the traditional energy demand and realize that the comprehensive cost of photovoltaic battery storage system is lower than that of thermal power. This is the reason why photovoltaic battery storage system will eventually become mainstream energy. It is not necessarily because it is the cleanest, but it must be because it is the cheapest. The system cost of home photovoltaic systems has been reduced to $0.47/W. I think the system cost reached $9.31/W in 2007. In 13 years, the cost has dropped to only 5% of the original cost; lithium batteries for solar power storage has dropped to $0.23/wh, the number of charging and discharging can reach 5000 times.

It is a high probability event that photovoltaic battery storage system can occupy 20% of the global power market in 2030, about 9 trillion kilowatt-hours of electricity. According to global power generation conditions, the average annual photovoltaic power generation capacity of 1250 hours can be expected, 1GW (1 million KW) installed capacity is about 1.25 billion kWh and 9 trillion kWh. The total installed capacity is 7,200GW, and the ground installation area is about 70,000 square kilometers. The cost of photovoltaic ground system is predicted to be $0.34/W in 2025 (module $0.16/W) and $0.28/W in 2030 (module $0.13/W). As of the end of 2020, the total global installed capacity of photovoltaics is about 750GW, and 6450GW photovoltaic battery storage system will be added in the next 10 years. The huge space is enough to make people excited. 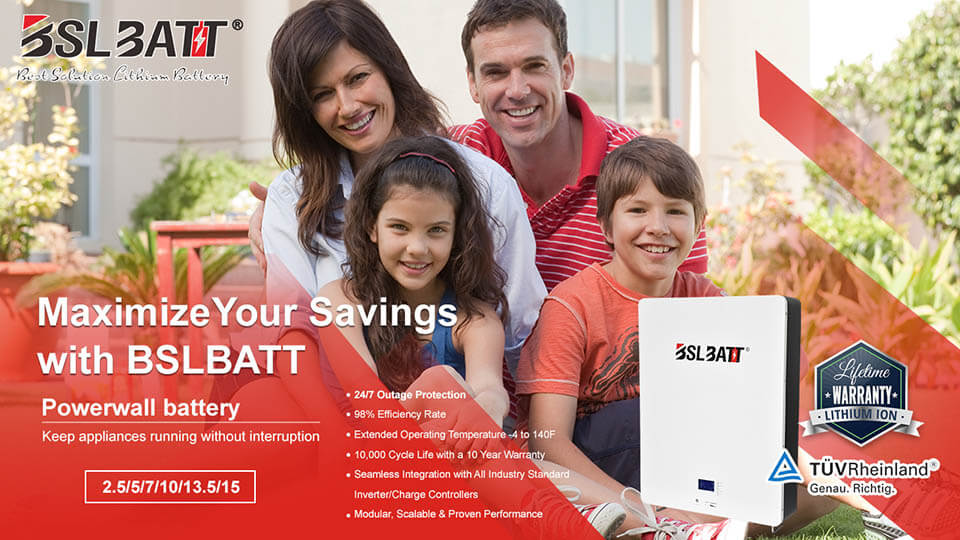 With more energy storage policy incentives, market system improvement, and technological progress brought about by the cost reduction of energy storage systems, the deployment of home power for domestic home photovoltaic projects will become the norm for new energy sources.